Civil society organizations recommend to the Albanian Assembly to send the draft law “On the Registration of Non for Profit Organizations” to the Venice Commission for a Legal Opinion and to avoid its approval in conditions of urgency.

Following the commitment to facilitate the consultation process with the sector on the Draft Law “On registration of non-profit organizations” and advocacy, with responsible institutions, on February 26, 2021, 119 civil society organizations addressed the representatives of the Albanian Parliament with a statement through which they recommend to the Assembly to send for Legal Opinion to the Venice Commission the draft law “On the Registration of NPOs” and to avoid its approval in emergency conditions! Find the full statement HERE

The initiative for a new draft law is very positive and welcomed by civil society organizations, which have been requesting one for years, but we note with regret that the spirit of state institutions responsible for drafting, proposing and reviewing this draft law has been exclusive to a sector such as civil society in the country, which is directly affected by it.

We reiterate that in the drafting of the law by the Ministry of Justice, the organizations representatives were invited to give their contribution for this draft law in the final process. Despite the short consultation deadlines, the NPO representatives offered their input in this process, but the Ministry of Justice reflected a very low number of suggestions and did not provide explanations for the reasons or arguments for rejecting the other ones.

After the draft law was forwarded to the Assembly, in October a Request was sent to the Assembly for a hearing session which was organized a few months later, on February 24, 2021, and moreover one day after the approval of the draft law in principle by the Law Commission.

In the hearing session in the Law Commission, the discussions by the representatives of the CSOs highlighted a series of principle issues that the draft law has. Despite the expression of readiness to listen to the NPOs and welcome their comments, the statements articulated during the hearing by some members of the Law Commission had biased marks against the sector.

Following the hearing session, the Law Commission invited the NPOs to a meeting on February 26, 2021, to continue with the discussions on the issues raised. The statement was widely shared with the civil society sector, the donor community, responsible institutions and the media which reflected developments on this issue.

Meeting with the Law Commission

Under the coordination of the Resource Centre, a group of NPOs representatives, once again presented to the Commission all problematic issues, emphasizing once again the position of NPOs that as long as the draft law has a series of principle issues, cannot be put for discussion article by article related to them. The representative group also, on behalf of the NPOs, submitted to the Commission the above request mentioned to address a legal opinion to the Venice Commission and to avoid its approval under the state of emergency.

After the meeting, the Committee on Legal Affairs, Public Administration and Human Rights, sent the table with comments and proposals on the draft law. For more information, refer to the document. We find that some of the comments and suggestions have been reflected while other issues of concern have been added recently. The amount of the fine, provided in Article 48 of the draft law “Administrative Offenses”, is an intimidating, disproportionate measure with a very negative effect on the activity of the sector. It is considered a serious violation of the principle of proportionality of the fine in relation to the importance, the consequences caused and the circumstances of the administrative offense (Article 18, Law 10279). It also contradicts the Law 10279, On Administrative Offenses, where in article 10, point 1 it is determined that the measure of fine can be fixed or with minimum and maximum limits.

In the situation of tight deadlines, Partners Albania immediately forwarded comments on this revised draft to the Law Commission.

The People’s Advocate (Ombudsman) Institution has closely followed the ongoing debate regarding the drafting and approval of a draft law “On the registration of NPOs” in the Republic of Albania and has expressed its support for civil society organizations.

The People’s Advocate recommends to the Albanian Assembly not to rush into the adoption of an unconsulted and uncoordinated draft law with civil society actors and calls on all stakeholders to make their constructive contribution with efficiency, seriousness and the interest of citizens in mind. For more 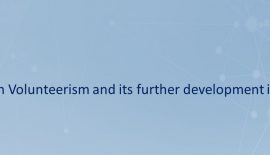 On Volunteerism and its further development in Albania 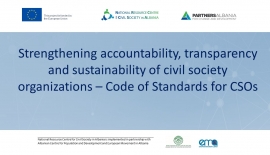 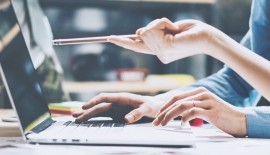 Support the CSO sector to adapt to the Covid-19 emergency 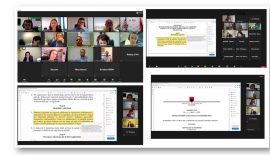 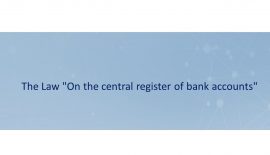 The Law “On the central register of bank accounts”